We have just completed an early prototype of a variant of Movement Sensor Switch for False ceilings and RCC cast ceilings. The RCC ceilings however will require a metal box similar to those used for lighting to be inserted into the ceiling before casting. 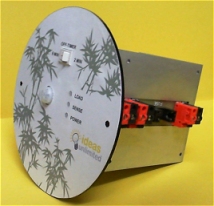 We are now in the process of collecting user feedback and also miniaturizing this product. We are expecting to launch this to market formally by Mid-August 2011. We are also working on some sleek looking industrial design for this product as well. Keep watching for more on this!
at July 18, 2011 No comments:

Electronics For You, July 2011: Announced the launch of Movement Sensor product range.


We are also prototyping  a concealed fit version which has a much smaller form factor and fits seamlessly into false ceilings and RCC Ceilings (RCC ceilings require insertion of metal enclosures into RCC roof before casting the roof) with a smaller form factor compared to our current products . Watch for update on this product shortly.
at July 15, 2011 No comments:

We have now appointed a dealer in Bengaluru area for our products. Neo Technologies Inc, will be providing sales and support for our Movement Sensor Switch line of products.

For any of your sales enquiries, or a demonstration of the product or to understand ROI (Return on Investment) calculation for installing the 'Movement Sensor Switch' product lines please get in touch with Neo Technologies contact information provided below.

Reported on 18-Aug-2018. This report appeared in Vijaya Karnataka, Kannada language newspaper on 17-Aug-2018. Two other companies base... 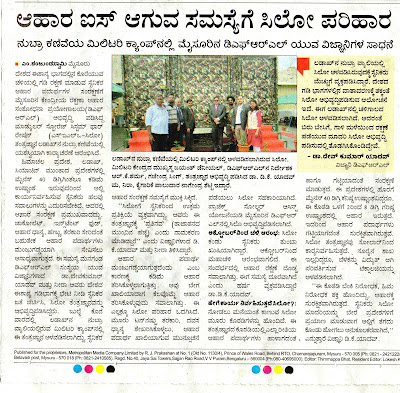